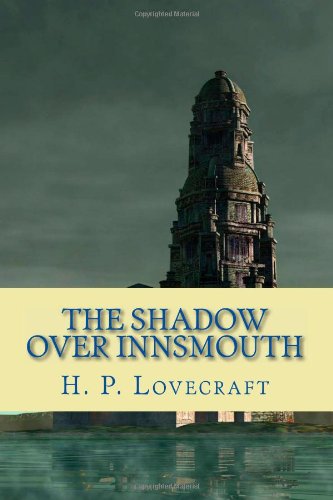 The Shadow over Innsmouth
by H.P. Lovecraft

Description:
'The Shadow Over Innsmouth' is a short novel about a weird hybrid race of humans and creatures resembling a cross between a fish and a frog, which lives in the seaside village of Innsmouth. A dark, brooding story, typical of Lovecraft at his best.

He
by H.P. Lovecraft - BooksFairy.com
The story tells of an unnamed narrator, who has moved from New England to New York City and greatly regretted it. One night, while wandering an older part of town, he happens upon a man strangely dressed in garments from the eighteenth century.
(9149 views)

The Call of Cthulhu
by H.P. Lovecraft - ManyBooks
The tale of a horrifying underwater monster coming to life and threatening mankind is H.P. Lovecraft's famous and most widely popular tale, spawning an entire mythology, with the power to strike terror into the hearts of even the Great Old Ones.
(7551 views)

The Shadow Out of Time
by H.P. Lovecraft - Astonishing Stories
This is the story of the Great Race's conquest of time and space by means of mind-projection, and the hapless fate of Professor Nathaniel Wingate Peaslee as a victim of the Great Race's quest for all the secrets of the universe.
(5730 views)

Through the Gates of the Silver Key
by H.P. Lovecraft - ManyBooks
H.P. Lovecraft's classic occult tale of horror. At a gathering to decide the fate of Randolph Carter's estate which has been held in trust since his disappearance the mysterious Swami Chandraputra tells Carter's acquaintances of his ultimate fate.
(7380 views)