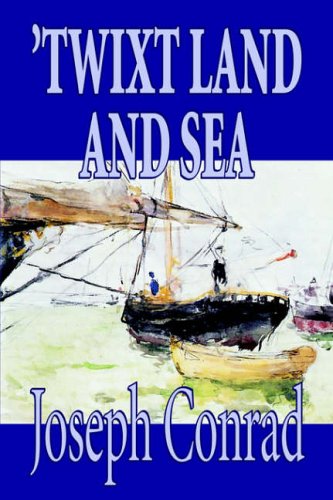 Description:
Joseph Conrad has come into his own. The three stories contained in this volume take rank with the most mature and romantic of his work. The charming love and adventure of the life which he depicts in remote places confirm the growing belief that he is among the greatest of creative writers.

Lord Jim: a romance
by Joseph Conrad - Doubleday
A story of a young, idealistic Englishman who is disgraced by a single act of cowardice while serving as an officer on a merchant-ship sailing from an eastern port. His life is ruined: an isolated scandal has assumed horrifying proportions.
(6314 views)

The Rescue: A Romance of the Shallows
by Joseph Conrad - J. M. Dent
Captain Tom Lingard comes to the rescue of an English yacht that has foundered in the shallows just as war is about to break out between Malay tribes. Tom has war supplies including gunpowder stored in his own boat that has been turned into a fort.
(5733 views)

A Smile of Fortune
by Joseph Conrad - eBooks@Adelaide
Embarking in the tropics, a ship's captain makes the instant acquaintance of a seemingly genial Mr. Jacobus and his irritable brother. The Smile of Fortune is a masterly tale of misplaced loyalty, family feuds, and illicit bargaining.
(3300 views)