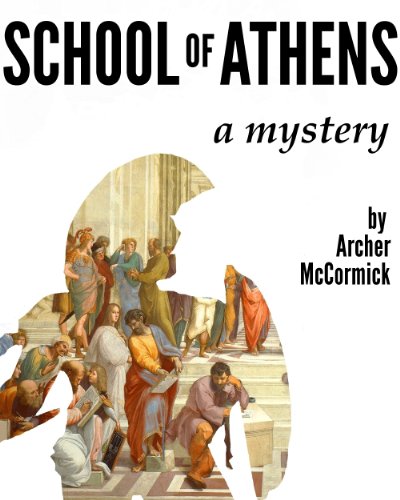 School of Athens
by Archer McCormick

Description:
The grisly killing of an elderly school master is only the beginning of plot by a shadowy gang of thinkers to systematically murder off a rival group of rogue philosophers in this tale of power, lust, treachery, war and murder!

Ben-Hur: A Tale Of The Christ
by Lew Wallace - Project Gutenberg
A popular 19th century American novel. This tale combines the events of the life of Jesus with grand historical spectacle in the exciting story of Judah of the House of Hur, a man who finds extraordinary redemption for himself and his family.
(11183 views)

Change of Heart
by Fran Shaff - Smashwords
1850s Nebraska: Marietta Randolf travels from Chicago to Nebraska to collect her orphaned nephew Zack. When a snow storm delays her return trip, she finds herself stranded in an unappealing land with a very appealing rancher, Jase Kent.
(4689 views)

Mutiny on the Bounty
by C. Nordhoff, J. N. Hall - Project Gutenberg Australia
A thrilling account of the tragic voyage of HMS Bounty in 1788, which culminated in Fletcher Christian's mutiny against Captain Bligh. One of the greatest novels of the sea, of the 18th century sailing ships and the men who sailed them.
(10739 views)

Unter Reich
by William Lanter - Viewzone
Did the Nazis really lose the war? A story set in the era of World War Two, amid the struggles of good against evil, in an era of chaos, confusion, and upheaval, that still to this day captivates the minds, and the imagination of millions.
(5857 views)