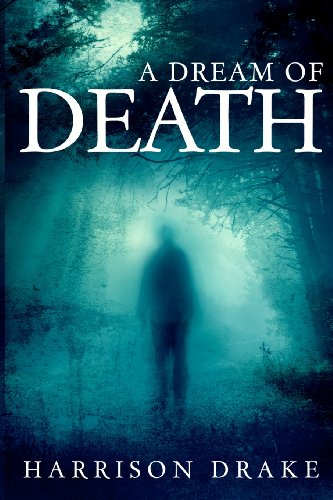 A Dream of Death
by Harrison Drake

Description:
Detective Lincoln Munroe is coming up empty. As a serial killer terrorizes the area surrounding London, Canada, Lincoln finds himself at a standstill waiting for the perfect killer to make his first mistake. While the body count rises without any leads, Lincoln is haunted by dreams of discovering skeletal remains in the forest beneath a bloody knife - dreams with a link to a decades-old crime.

Two For Rain
by K.J. Rivera - Smashwords
Self proclaimed private investigators Leah and Sebastian Reyes take off on a quest full of twists and turns to solve the mystery of a missing college student. They will encounter a range of dangerous suspects snared in centuries-old traditions ...
(6038 views)

Murder in Steeple Martin
by Lesley Cookman - Smashwords
First in a series of British murder mysteries featuring retired actress and sleuth, Libby Sarjeant. Artist and ex-actress Libby is busy directing a play for the opening of a new theatre in her village when one of her cast is found murdered.
(6953 views)

A Thief in the Night
by E. W. Hornung - Charles Scribner's Sons
A Thief in the Night is a 1905 collection of short stories by E.W. Hornung, featuring his popular character A. J. Raffles. It was the third book in the series. Raffles, a gentleman thief, commits a number of burglaries in late Victorian England.
(5686 views)