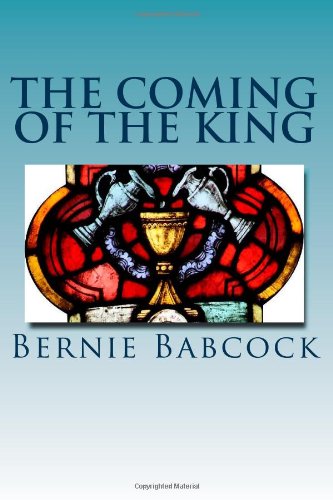 The Coming of the King
by Bernie Babcock

Description:
This story of the little house at Behtany is worthy of a place among the few really great novels based on the New Testament -- Ben-Hur, Saul of Tarsus, Quo Vadis must admit The Coming of the King to their select company.

Lords of the World
by Alfred John Church - Blackie & Son ltd.
The year 146 B.C. was an annus mirabilis in the development of Roman dominion. I have attempted in this story to group some picturesque incidents round the person of a young Greek who struggles in vain to resist the destiny of the conquering race.
(5885 views)

The Invasion
by William Le Queux - Project Gutenberg
The object of this book is to illustrate our utter unpreparedness for war from a military standpoint; to show how England can be successfully invaded by Germany; and to present a picture of the ruin which must inevitably fall upon us.
(9615 views)

Carry On! A Story Of The Fight For Bagdad
by Herbert Strang - Oxford University Press
Mesopotamia has been brought by Time's revolution once more into the foreground of the history of the world. The plains where the Arabs reared a civilization of their own, have become once more the battle-ground of opposing armies.
(6227 views)

From Kingdom to Colony
by Mary Devereux - Little, Brown, and Co.
When William, Duke of Normandy, invaded England in 1066, and achieved for himself the title of 'Conqueror', one of those who accompanied him was Robert D'Evreux, younger son of Earl of Rosmar, feudal owner of the town of his name in Normandy...
(6144 views)