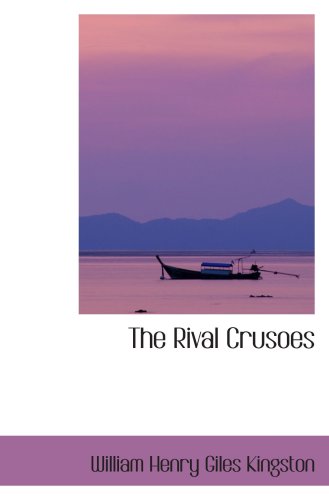 The Rival Crusoes
by W.H.G. Kingston

Description:
The ship is posted to the Far East station but is shipwrecked. Both Dick and Lord Reginald survive the wreck and become 'Crusoes', still with a deadly rivalry. But Lord Reginald is an incompetent, and would not have survived, had not Dick rescued him, and brought him back to health. Lord Reginald apologises for his past behaviour. Eventually they get back to England, and the story ends there.

Adventures in Africa
by W.H.G. Kingston - Athelstane e-Books
In this book the hero, fresh from school, arrives from England, and joins his uncle, who is a trader with the people of central Africa, bringing the goods obtained down to the south. On this occasion they have been attacked soon after they set out.
(7805 views)

Captain Cook: His Life, Voyages and Discoveries
by W.H.G. Kingston - Project Gutenberg
This is a biography of the English explorer who was the first European to reach Hawaii, the east coast of Australia, and New Zealand. Cook (1728-1779) made three voyages to the Pacific, recording his experiences with the peoples he encountered.
(7244 views)

Peter the Whaler
by W.H.G. Kingston - J. W. Lovell company
Peter is a naughty teenager, who has got in with friends who encourage poaching. His father confiscates the gun, but one night Peter recovers the gun and has another coaching expedition, during which he is caught by the gamekeepers ...
(1285 views)

In the Wilds of Africa
by W.H.G. Kingston - Thomas Nelson & Sons
The hero gets himself a job on board of a vessel, which has a number of misfortunes. She loses several officers, her captain dies, leaving an unsuitable officer in charge. She runs aground near the shore, where the natives slay some of the crew.
(1345 views)