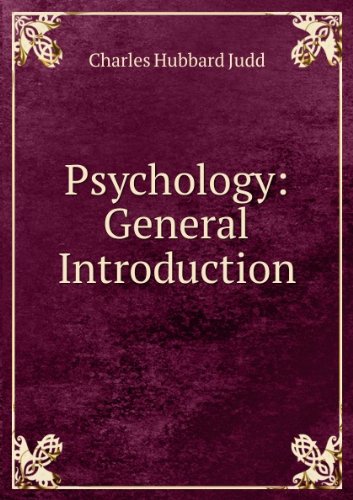 Description:
This book aims to develop a functional view of mental life. In the second place, the author has aimed to adopt the genetic method of treatment. In the third place, he has attempted to give to the psychological conditions of mental life a more conspicuous place than has been given by recent writers of general textbooks on psychology.

Mind, Body, World: Foundations of Cognitive Science
by Michael R. W. Dawson - Athabasca University Press
Intended to introduce both graduate and senior undergraduate students to the foundations of cognitive science, the book 'Mind, Body, World' addresses a number of questions currently being asked by those practicing in the field.
(6514 views)

Psychology: A Study Of Mental Life
by Robert S. Woodworth - Henry Holt and company
Modern psychology is an attempt to bring the methods of scientific investigation, which have proved immensely fruitful in other fields, to bear upon mental life and its problems. Originally published in 1921, the book is intended for the beginner.
(12801 views)

Evolutionary Theory: Fringe or Central to Psychological Science
by Danielle Sulikowski (ed.) - Frontiers Media SA
Evolutionary psychology, the application of evolutionary theory to understanding human behaviour and cognition, has recently gained momentum. Evolutionary Psychology is often viewed as a topic of research within the broader field of Psychology.
(4469 views)

Human Nature and Conduct
by John Dewey - Henry Holt & Co.
Influential work by the great educator/philosopher maintains that the key to social psychology lies in an understanding of the many varieties of habit; individual mental activity is guided by subordinate factors of impulse and intelligence.
(7253 views)