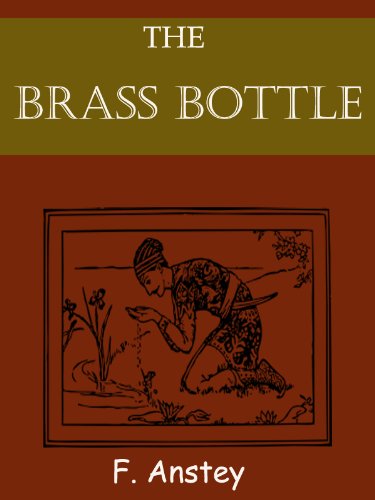 The Brass Bottle
by F. Anstey

Description:
A djinn, sealed in a jar for three thousand years, has been found by Horace Ventimore, a young and not very flourishing architect. Upon his release the djinn expresses his gratitude by seeking to grant his benefactor's every wish -- generally with results the very opposite to those desired!

The Cynic's Rules of Conduct
by Chester Field Jr. - Henry Altemus Company
'There is only one worse break than asking a woman her age: it is looking incredulous when she tells it.' 'If you would have a serene old age never woo a girl who keeps a diary.' 'A chef is a cook who gets a salary instead of wages.'
(9891 views)

The Funniest Five Thousand Jokes, part 1
by Eric Landa - Smashwords
This first book contains five thousand jokes from a variety of sources from both famous and ordinary people. Hopefully they'll bring a smile to your face, a grin to your mouth and maybe make your fingers scratch your head every now and then ...
(5704 views)

Men are from Mars, Women are INSANE
by Chris Mauns
This book is your first line of defense vs the madness the female mind holds! In a humorous but scary way it will guide you through the treacherous waters of the relationship and give you an idea of what you can expect from your woman ...
(5813 views)

A Plague of Hearts
by Patrick Whittaker - Feedbooks
On an otherwise normal day in Wonderland, the Knave of Hearts is arrested by the secret police. Outraged by what he believes to be an injustice, his valet, the March Hare, sets out to free him. Along the way he attends a mad tea party ...
(5665 views)