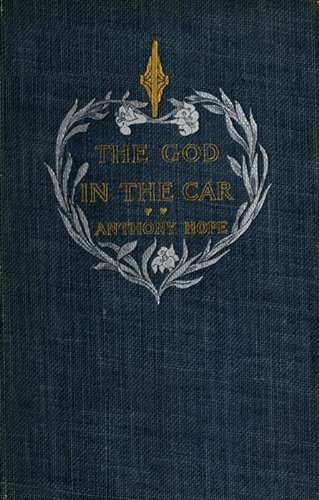 The God in the Car
by Anthony Hope

Description:
Next door to Mrs. Dennison's large house in Curzon Street there lived, in a small house, a friend of hers, a certain Mrs. Cormack. She was a Frenchwoman, who had been married to an Englishman, and was now his most resigned widow. She did not pretend to herself, or to anybody else, that Mr. Cormack's death had been a pure misfortune...

The Heart of Princess Osra
by Anthony Hope - Longmans, Green
The stories deal with the love life of Princess Osra, younger sister of Rudolf III, the shared ancestor of Rudolf Rassendyll, the English gentleman who acts as political decoy inThe Prisoner of Zenda, and Rudolph V of the House of Elphberg.
(3302 views)

A Change of Air
by Anthony Hope - Henry Holt & Co.
Dale Bannister, the wild young poet, is a most picturesque character. The story moves on steadily, and while it teaches a lesson of charity, it does so entirely by the acts of the characters without any sermonizing on the part of the author.
(2939 views)