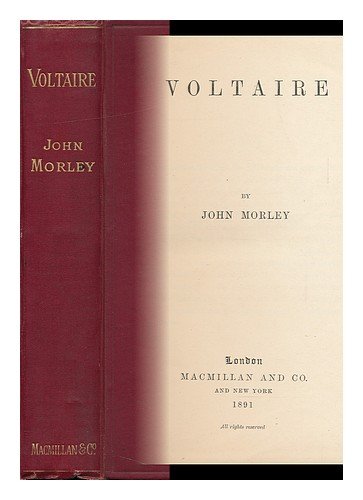 Description:
When the right sense of historical proportion is more fully developed in men's minds, the name of Voltaire will stand out like the names of the great decisive movements in the European advance, like the Revival of Learning, or the Reformation. The existence, character, and career of this extraordinary person constituted in themselves a new and prodigious era. The peculiarities of his individual genius changed the mind and spiritual conformation of France.

Tolstoi as Man and Artist, with an Essay on Dostoievski
by Dmitry Sergeyevich Merezhkovsky - Westminster Constable
In the case of Tolstoi and Dostoievski, their works are so bound up with their lives, with the personality of each author, that we cannot speak of the one without the other. Before studying them as artists, we must know what manner of men they are.
(8542 views)

Dangerous Intimacy: The Untold Story of Mark Twain's Final Years
by Karen Lystra - University of California Press
The last years of Mark Twain's life are sadly familiar: crippled by losses and tragedies, american humorist sank into a deep depression. This book recovers Twain's final years as they really were--lived in the shadow of deception and prejudice.
(14412 views)

Herman Melville, mariner and mystic
by Raymond Melbourne Weaver - George H. Doran co.
Herman Melville was an American novelist, short story writer, essayist, and poet. It was not until the early 20th century that his work won recognition, especially Moby-Dick, which was hailed as one of the literary masterpieces of world literature.
(7607 views)