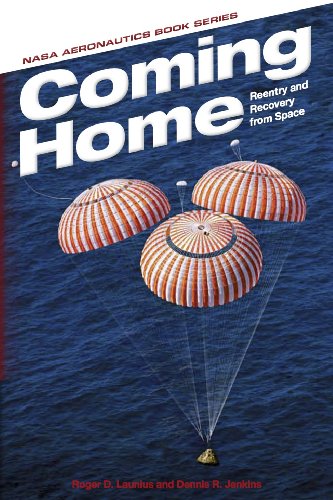 Description:
Returning to Earth after a flight into space is a fundamental challenge, and contributions from the NASA Aeronautics Research Mission Directorate in aerodynamics, thermal protection, guidance and control, stability, propulsion, and landing systems have proven critical to the success of the human space flight and other space programs. Without this base of fundamental and applied research, the capability to fly into space would not exist.

Apollo 17 Lunar Surface Journal
by Eric M. Jones - NASA
Sending humans to the Moon was arguably the most difficult technological undertaking in all of history. For sure, the best of America's scientists and engineers were taxed to the limit in order to accomplish nine manned flights to the Moon...
(6206 views)

Basics of Space Flight
by Dave Doody - NASA
This tutorial is designed to help operations people identify the range of concepts associated with deep space missions, and grasp the relationships among them. It also enjoys popularity with people interested in interplanetary space flight.
(23217 views)

Unlimited Horizons: Design and Development of the U-2
by Peter W. Merlin - NASA
Over the span of six decades, the U-2 evolved from a relatively basic, high-altitude camera platform for performing clandestine reconnaissance missions into a multisensor platform that has been adapted for a multitude of civil and military roles.
(5599 views)