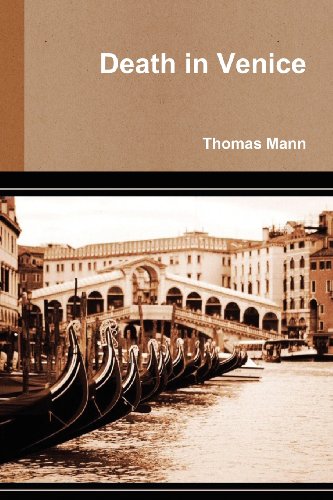 Death in Venice
by Thomas Mann

Description:
A symbol-laden story of aestheticism and decadence, Mann's best-known novella exemplifies the author's regard for Sigmund Freud's writings on the unconscious. Gustav von Aschenbach is a revered author whose work is known for its discipline and formal perfection. At his Venetian hotel he encounters the strikingly handsome young teenager Tadzio...

Ecstasy: A Study of Happiness
by Louis Couperus - Dodd, Mead and Company
This delicate story is Louis Couperus' third novel. At the time when it was written, the author was a leading member of the 'sensitivist' school of Dutch novelists; and the reader will discover that the story possesses an elusive charm of its own.
(6857 views)

Don Quixote
by Miguel De Cervantes - eBooks@Adelaide
The story of Don Quixote de la Mancha, a country gentleman who has read so many stories of chivalry that he descends into fantasy and becomes convinced he is a knight-errant. Together with his squire Sancho Panza he sets out in search of adventure.
(12922 views)