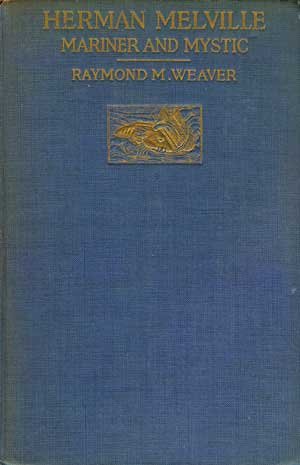 Description:
Herman Melville (August 1, 1819 - September 28, 1891) was an American novelist, short story writer, essayist, and poet. It was not until the early 20th century that his work won recognition, especially Moby-Dick, which was hailed as one of the literary masterpieces of both American and world literature.

Voltaire
by John Morley - The Macmillan Company
The existence, character, and career of this extraordinary person constituted in themselves a new and prodigious era. The peculiarities of his individual genius changed the mind and spiritual conformation of France, and of the whole of the West.
(8345 views)

Sir Walter Scott
by Richard Holt Hutton - Macmillan
Sir Walter Scott (1771 - 1832) was a Scottish historical novelist, playwright, and poet, popular throughout much of the world during his time. Scott was the first English-language author to have a truly international career in his lifetime.
(8161 views)

Tolstoi as Man and Artist, with an Essay on Dostoievski
by Dmitry Sergeyevich Merezhkovsky - Westminster Constable
In the case of Tolstoi and Dostoievski, their works are so bound up with their lives, with the personality of each author, that we cannot speak of the one without the other. Before studying them as artists, we must know what manner of men they are.
(8406 views)

The Life of Charlotte Bronte
by Elizabeth Gaskell - Smith, Elder & Co.
Elizabeth Gaskell's biography of her close friend recounts Charlotte Bronte's life from her childhood, through her years as a writer who had 'foreseen the single life' for herself, to her marriage at thirty-eight and death less than a year later.
(12607 views)