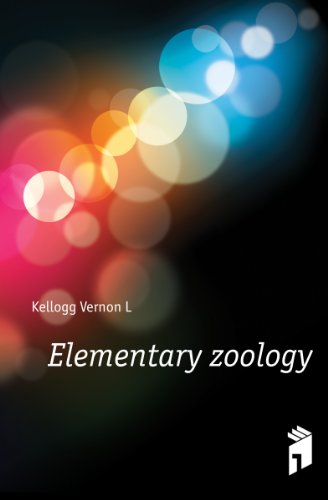 Description:
This is an introduction to an elementary knowledge of animal structure, function, and development; a consideration of the principal branches of the animal kingdom; a necessarily brief consideration of certain of the more conspicuous and interesting features of animal ecology.

Venomous Arthropod Handbook
by Terry L. Biery - U.S. Government Printing Office
The purpose of this handbook is to provide Air Force medical personnel with a quick reference on the problems caused by the more important venomous arthropods found in the US. An attempt has been made to include the latest information available.
(4470 views)

Zoological Illustrations
by William Swainson - Project Gutenberg
We have two objects in view: the diffusion of original observations which would be interesting to the general reader; and that of discouraging the publication of figures copied from old authors, by accustoming the public eye to original designs.
(8967 views)

Gliding Mammals: Taxonomy of Living and Extinct Species
by S.M Jackson, R.W. Thorington, Jr. - Smithsonian Institution Scholarly Press
There are 64 species of extant gliding mammals that are recognized, which are divided into six different families. These comprise eight species of gliding marsupials that live within Australasia and include six species of lesser gliding possums ...
(6510 views)