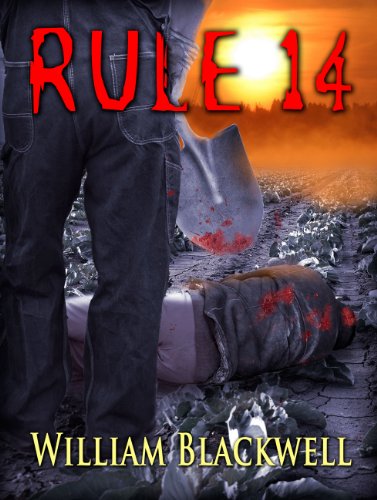 Description:
A financially-troubled family escapes the stress of city life and rents a cheaper home in the secluded countryside. Paradise rapidly transforms into a living hell as the strange landlords begin stalking them and uttering death threats. This chilling exploration of the fight-or-flight response ushers you inside the minds of those who process information through a twisted and psychotic lens.

Wheels in the Sky
by John Eider - Smashwords
The American President announces plans for a space station that will orbit the Earth with a crew of ten-thousand. But his plans draw out both the hopes and fears of the nation, and soon the project becomes embroiled in controversy and dispute.
(2899 views)

Prey on the Prowl: A Crime Novel
by B.S. Murthy - Self Imprint
Madhu and his mistress Mala were poisoned and Pravar, Mala's brother, implicates Madhu's wife Radha in the double murder. Radha seeks Dhruva's help even as Kavya, rescued by him, takes to her kidnapper Pravar. The series of death by poisoning follow.
(4508 views)

The Gold Comfit Box
by Valentine Williams - ManyBooks
About a dozen dead and injured had been extracted from the wreck, but they had no names as yet. I called the railway station and the ministry of Railways with no better result. There was nothing for it -- it would have to be a car.
(7087 views)

Ding Dong!! Is She Dead?
by Alathia Morgan - ReadFrom.net
Sent into Witness Protection, Allie goes to deliver her friend's beauty products only to find her door hanging on its hinges and a trail of blood leading to a body. Danger follows Allie as she takes on different situations that risk her life.
(4179 views)