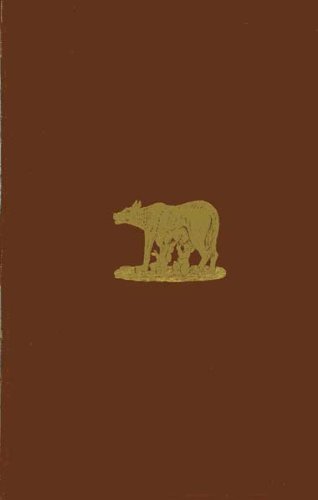 Description:
This book is intended to serve as a handbook to the actually-existing ruins and monuments of ancient Rome and the Campagna. It is divided into topographical sections for the convenience of travelers visiting Rome, and the monuments which exist in each section have been briefly described, and a summary given of their history and archeological value.

Roman Gods: A Conceptual Approach
by Michael Lipka - Brill
Drawing exclusively on the evidence from urban Rome up to the age of Constantine, the book analyzes the pagan, Jewish, and Christian concepts of 'god' along the lines of space, time, personnel, function, iconography and ritual.
(3162 views)

The Holy Roman Empire
by James Bryce - The Macmillan Company
The object of this treatise is not so much to give a narrative history of the countries included in the Romano-Germanic Empire, as to describe the Holy Empire itself as an institution or system, the wonderful offspring of a body of traditions...
(5447 views)

A Lightning Spark for Pompeian Visitors
by Vittorio Macchioro - Mary E. Raiola
The author gives to those who visit Pompei some ideas that may be for them a kind of lightning spark, so that they may penetrate into the very heart of the Roman civilization, and look at it and consider it like a live matter.
(6699 views)