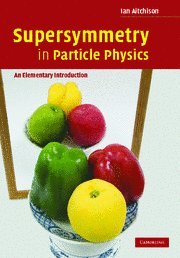 Description:
Intended for graduate students in particle physics, and researchers in experimental and phenomenological supersymmetry, this is the first textbook to provide a simple introduction to a previously formidably technical field. Its elementary, practical treatment brings readers to the frontier of contemporary research, in particular the experiments at the Large Hadron Collider.

Elements of Supersymmetry
by Kevin Cahill - arXiv
These notes provide an introduction to supersymmetry. They begin with supersymmetric quantum mechanics and the basic properties of spinor fields. The supersymmetry of simple theories of spin-zero and spin-one-half fields is discussed...
(7197 views)

Lectures on Supersymmetry
by Ivo Sachs - Trinity College Dublin
These notes are based on a number of graduate lectures. The aim is to provide a concise introduction to supersymmetry including some classic material such as the Coleman-Mandula theorem, supersymmetry algebra and non-renormalisation theorems.
(8181 views)