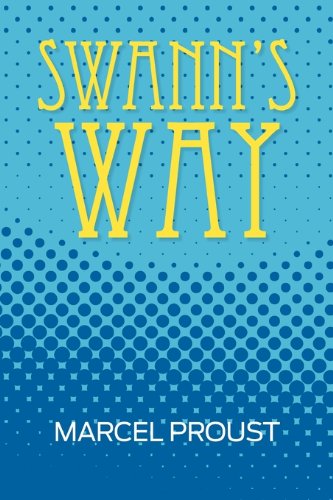 Description:
A mature, unnamed man recalls the details of his commonplace, idyllic existence as a sensitive and intuitive boy in Combray. For a time, the story is narrated through his younger mind in beautiful, almost dream-like prose. Considered to be one of the twentieth century's major novels, Proust ultimately portrays the volatility of human life in this sweeping contemplation of reality and time.

The Trial
by Franz Kafka
The terrifying tale of Joseph K, who is arrested and must defend his innocence against a charge about which he can get no information. A nightmare vision of the excesses of modern bureaucracy wedded to the mad agendas of totalitarian regimes.
(4832 views)

The Charterhouse of Parma
by Stendhal - Feedbooks
The story of the young Italian nobleman Fabrice del Dongo and his adventures from his birth in 1798 to his death in 1829. Fabrice's early years are spent in his family's castle on Lake Como, while most of the novel is set in a fictionalized Parma.
(6743 views)

The Arabian Nights Entertainments
by Richard Burton
A collection of stories collected over many centuries by various authors in various countries across the Arab World. Burton's translation brought to the English world the legendary tales Shahrazad told King Shahryar in order to remain alive.
(11331 views)