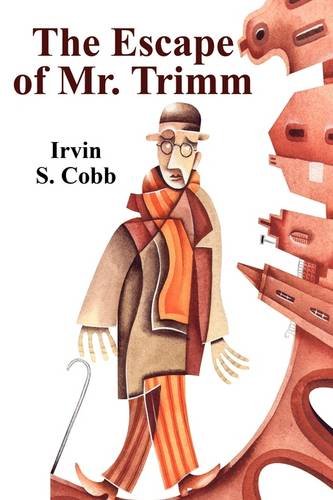 The Escape of Mr. Trimm
by Irvin S. Cobb

The Winning Clue
by James Hay - Grosset & Dunlap
When a woman's voice, pitched to the high note of utter terror, rang out on the late morning quiet of Manniston Road, Lawrence Bristow looked up from his newspaper vaguely, as if he doubted his own ears. He was reading an account of a murder...
(7423 views)

The Middle Temple Murder
by J.S. Fletcher - A.A. Knopf
A good mystery by J.S. Fletcher, written in early 20th century style. The body of a man is found on the steps to Middle Temple Lane near London's courts of law, and a journalist and a young lawyer are drawn into the ensuing investigation.
(7431 views)

A Modern Wizard
by Rodrigues Ottolengui - G.P. Putnam's Sons
Bacteriology and hypnotism are woven into this narrative, with the first part of the book centering upon the possible inoculation with the cultures of the microbe of diphtheria -- and the following chapters leading to the bacillus of insanity.
(4771 views)

The Hemlock Avenue Mystery
by Roman Doubleday - Little, Brown, and company
A mystery story in which a young attorney comes to sudden death, the supposition being that his rival and enemy killed him. The story involves two women suspected of participation in the crime, and a third one who was wholly unconscious of the deed.
(3740 views)