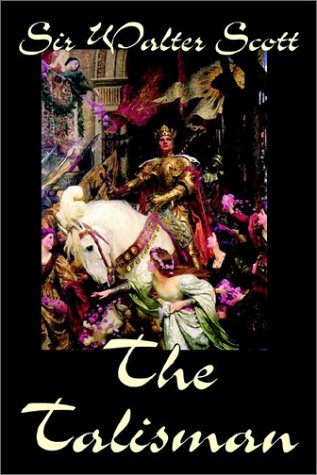 The Talisman
by Walter Scott

Description:
Set in the deserts around Syria and Palestine, Talisman is Walter Scott's classic tale of the Crusade. In Talisman, no one is who you think they are and if they are, and neither are they on the side you expect. During the time of the Talisman story, a truce is in place and Richard is near death with a mysterious fever...

Waverley
by Sir Walter Scott - Estes and Lauriat
Sir Walter Scott's first book is an 1814 historical novel, which was an astonishing success at the time. The text is an attempt at describing the Scottish landscape and the features of life during the Jacobite Rebellion of 1745.
(13683 views)

Peveril of the Peak
by Walter Scott - George Routledge
Ranging from Derbyshire to the Isle of Man and culminating in London, this novel interweaves political intrigue, personal responsibilities and the ways in which the forces of history are played out in the struggles of individual human lives.
(6717 views)

Redgauntlet
by Walter Scott
Scott's 1824 Redgauntlet is the final novel in his series about the doomed Jacobite cause. This warm and wonderfully relaxed novel celebrating, among other things, friendship, is also a penetrating psychological study of attachment to a lost cause.
(6698 views)

The Antiquary
by Sir Walter Scott - Estes and Lauriat
The Antiquary, Scott's personal favorite among his novels, is characteristically wry and urbane. It deals with the problem of how to understand the past so as to enable the future. Set in the tense times of the wars with revolutionary France.
(6797 views)