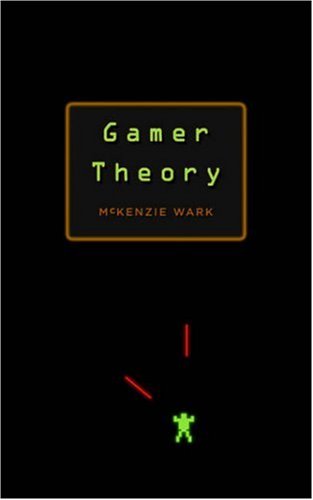 Description:
Gamer Theory uncovers the significance of games in the gap between the near-perfection of actual games and the highly imperfect gamespace of everyday life in the rat race of free-market society. The book depicts a world becoming an inescapable series of less and less perfect games.

More than a Game: The Computer Game as Fictional Form
by Barry Atkins - Manchester University Press
Barry Atkins discusses questions of narrative and realism in four of the most significant games of the last decade: Tomb Raider, Half-Life, Close Combat and SimCity. This is a work for both the student of contemporary culture and game-players.
(2307 views)

Silent Hill: The Terror Engine
by Bernard Perron - University of Michigan Press
Silent Hill, with its first title released in 1999, is one of the most influential of the horror video game series. This book is both a close analysis of the first three Silent Hill games and a general look at the whole series.
(5113 views)

This Gaming Life: Travels in Three Cities
by Jim Rossignol - University of Michigan Press
Torn between unabashed optimism about the future of games and lingering doubts about whether they are just a waste of time, the book 'This Gaming Life' raises some important questions about this new and vital cultural form.
(4117 views)

Beyond Fun: Serious Games and Media
by Drew Davidson et al. - Lulu.com
This book focuses on strategies for applying games, simulations and interactive experiences in learning contexts. Throughout, the promises and problems of implementing games and media in learning experiences are explored.
(6351 views)