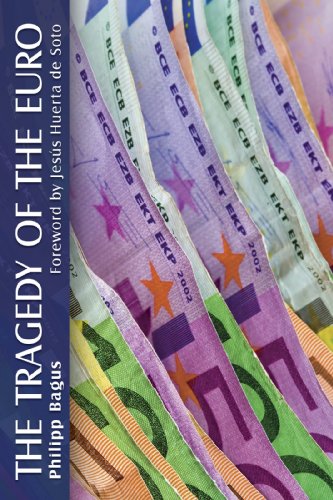 The Tragedy of the Euro
by Philipp Bagus

Description:
With this book, Professor Bagus brings his scholarship to English readers, explaining the background to the idea of European unity and its heritage of sound money. He explains that the Euro is not what the older classical liberals had hoped for but instead is a politically managed money that is destined for failure.

Money and Man: A Survey of Monetary Experience
by Elgin Groseclose - University of Oklahoma Press
A survey of the history of money. This book makes abundantly clear that what we are experiencing today is the exact same situation that has been inflicted over and over again throughout history on the most advanced and powerful civilizations.
(10438 views)

The Case for Gold
by Ron Paul - Ludwig von Mises Institute
The book covers the history of gold in the US, explains that its breakdown was caused by governments, and explains the merit of having sound money: prices reflect market realities, government stays in check, and the people retain their freedom.
(14723 views)

What Has Government Done to Our Money?
by Murray N. Rothbard - Ludwig von Mises Institute
Rothbard's famous monetary essay has influenced two generations of economists and business professionals. After presenting the basics of money and banking theory, the author traces the decline of the dollar from the 18th century to the present.
(16370 views)