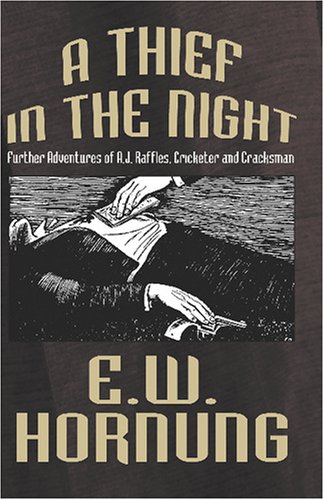 A Thief in the Night
by E. W. Hornung

Watching For The Green Flash
by R.T. Hamilton Brown - Smashwords
This novel is a mystery with subtle overtones of humor. A wee bit of a road trip, and a totally wild and crazy read. Recommended for anyone who hates complicated stories that require a score card to keep track of all the players.
(3924 views)

Run to Earth
by Mary Elizabeth Braddon - eBooks@Adelaide
This novel is a blend of mystery and gothic horror, engaging in the narrative, the strong female characters portray an interesting side of Victorian life. The ending brought our heroine the respect she so clearly deserved.
(5269 views)

Ten Thousand Suspects
by Rayanda - RayandaArts
A hiker plunges to his death, a child is kidnapped and a man has his throat slashed to keep him from telling secrets that lure stolen art sleuth, Rane Lavita, and her pal, Chanlee, into the labyrinthine underbelly of the lucrative world of forgeries.
(6218 views)

Secret Adversary
by Agatha Christie - Project Gutenberg
This is a work of detective fiction by Agatha Christie and first published in January 1922. The book introduces the characters of Tommy and Tuppence who feature in several other Christie books and stories throughout her writing career.
(8865 views)