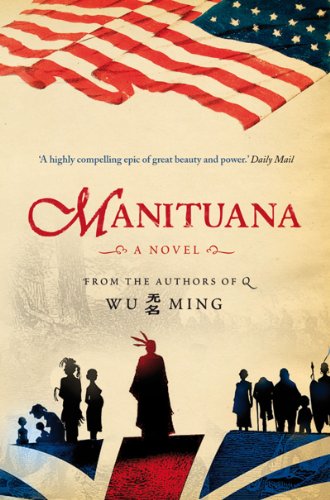 Description:
1775 -- The conflict between the British Empire and the American colonies erupts in all-out war. Rebels and loyalists to the British Crown compete for an alliance with the Six Nations of the Iroquois, the most powerful Indian confederation, boasting a constitution hundreds of years old. In the Mohawk River Valley, Native Americans and colonists have co-existed for generations. But as the thunder of war approaches and the United States struggles violently into existence, old bonds are broken, friends and families are split by betrayal, and this mixed community is riven by hatred and resentment...

The Wreck of the Titan
by Morgan Robertson - The Quinn & Boden Co. Press
Once seen as a prediction of the sinking of the Titanic, The Wreck of the Titan was written fourteen years before that ill-fated event of 1912. In this 1898 novella, John Rowland has taken employment as a lowly deck hand aboard the largest ship ever.
(9130 views)

On the Road to Bagdad
by F. S. Brereton - Blackie & Son Ltd.
Major Joseph Douglas could not fail to see that danger, perhaps death, lay before him in those deserts. Yet he took ship for the Persian Gulf without hesitation, and, having landed at the township of Basra, disappeared entirely.
(5933 views)

The Scottish Chiefs
by Jane Porter - C. Scribner's Sons
Rooted in political controversy, violence, and revolution, this is the epic story of William Wallace's struggle for Scottish independence from English rule. After the cruel death of his wife, Wallace embarks on a patriotic crusade to free Scotland.
(7293 views)

Forward, Children!
by Paul Alexander Bartlett - My Friend Publisher
Forward, Children! is a gripping anti-war novel. It brings vividly back to life the experience of WWII tank warfare as it was fought and endured by soldiers in the tank corps. The novel is also a story of love in French Ermenonville ...
(8100 views)