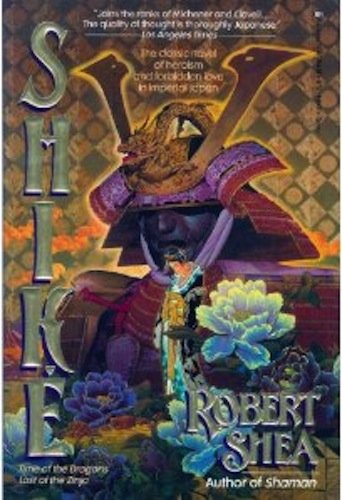 Description:
Beautiful young Taniko struggles under oppression as the mistress of the cruel Kublai Khan, and Jebu, a young monk, is transformed into a fierce warrior, in a saga of the ancient Orient during a time of bloodshed and magic.

'Green Balls': The Adventures of a Night-Bomber
by Paul Bewsher - William Blackwood and Sons
I have tried to describe the sensations, fears, and the equally inexplicable fearlessness, of a desk-bound London youth, pitchforked in a moment into the turmoil of war, and into a hitherto unknown occupation -- bombing at night from the air.
(8496 views)

Carry On! A Story Of The Fight For Bagdad
by Herbert Strang - Oxford University Press
Mesopotamia has been brought by Time's revolution once more into the foreground of the history of the world. The plains where the Arabs reared a civilization of their own, have become once more the battle-ground of opposing armies.
(6246 views)

Startaker: Under the Shadow of Thy Wings
by Marian Goddard - Smashwords
There's no light on Earth that shines brighter than the truth. From the mystery schools of Egypt, Chaldea, Persia and India, there has been carried through the ages a gnosis, grounded in nature and informed by the high ideals of service to humanity.
(5858 views)

Uncle Tom's Cabin
by Harriet Beecher Stowe - Project Gutenberg
The moving abolitionist novel that fueled the fire of the human rights debate in 1852 and melodramatically condemned the institution of slavery through such powerfully realized characters as Tom, Eliza, Topsy, Eva, and Simon Legree.
(13404 views)