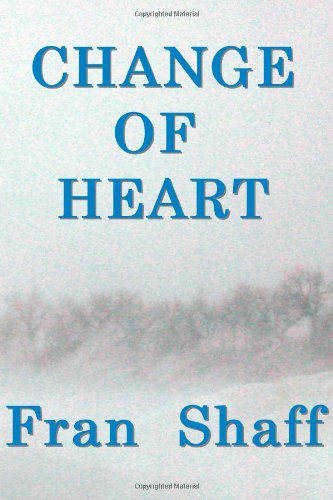 Change of Heart
by Fran Shaff

Description:
1850s Nebraska: Marietta Randolf travels from Chicago to Nebraska to collect her orphaned nephew Zack. When a snow storm delays her return trip, she finds herself stranded in an unappealing land with a very appealing rancher, Jase Kent.

The Wreck of the Titan
by Morgan Robertson - The Quinn & Boden Co. Press
Once seen as a prediction of the sinking of the Titanic, The Wreck of the Titan was written fourteen years before that ill-fated event of 1912. In this 1898 novella, John Rowland has taken employment as a lowly deck hand aboard the largest ship ever.
(8898 views)

Unter Reich
by William Lanter - Viewzone
Did the Nazis really lose the war? A story set in the era of World War Two, amid the struggles of good against evil, in an era of chaos, confusion, and upheaval, that still to this day captivates the minds, and the imagination of millions.
(7624 views)

The Voodoo Gold Trail
by Walter Walden - Small, Maynard & Company
It was on a tropic sea, and night, that I heard a little scrap of a tale that had in it that which was destined to preserve my life. The waning moon had not yet risen; the stars were all out, the Milky Way more than commonly near.
(7577 views)

For The Term Of His Natural Life
by Marcus Clarke - The Australian Journal
Forced to conceal his identity and forego his inheritance, Rufus Dawes is unjustly implicated in his father’s murder, convicted of theft and sentenced to be transported to Australia, where he encounters the brutality of the penal system.
(8183 views)