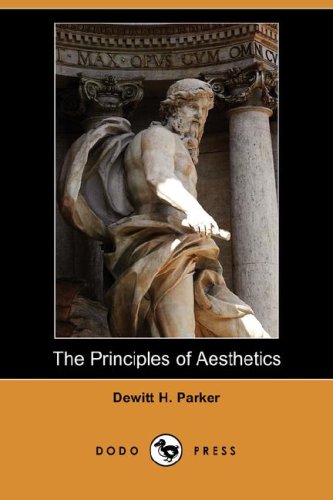 The Principles of Aesthetics
by Dewitt H. Parker

Description:
This book has grown out of lectures to students at the University of Michigan and embodies my effort to express to them the nature and meaning of art. In writing it, I have sought to maintain scientific accuracy, yet at the same time to preserve freedom of style and something of the inspiration of the subject. While intended primarily for students, the book will appeal generally, I hope, to people who are interested in the intelligent appreciation of art.

Greek Art from Prehistoric to Classical
by Michael Norris, at al. - Metropolitan Museum of Art
This book was designed not only to introduce a collection of Greek art to teachers and their students, but also to provide them with a general grounding in ancient Greek culture, from the prehistoric period to the end of the Classical age.
(9533 views)

Egyptian Art in the Age of the Pyramids
by James P. Allen, et al. - Metropolitan Museum of Art
This exhibition is devoted entirely to the approximate five centuries of the Old Kingdom. One of its qualities is that it restores our temporal perspective. It demonstrates the extraordinary flowering of the arts at the time the pyramids were built.
(3754 views)