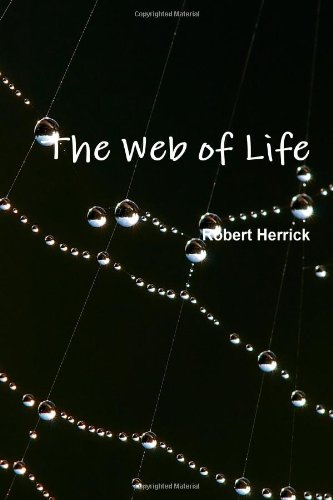 The Web of Life
by Robert Herrick

Description:
A realistic, and to a great extent, a philosophic study of modern American life: the scene is Chicago, and the writer gives searching views of society there. Robert Welch Herrick (1868-1938) was a novelist who was part of a new generation of American realists.

The Wet Parade
by Upton Sinclair - Farrar & Rinehart
In the early 20th Century, with the Prohibition Era approaching, two families come undone over the evils of alcohol. The drinking of Roger Chilcote costs him everything, including his family's money after gambling it away. Chilcote commits suicide...
(3856 views)

War in Heaven
by Charles Williams
Williams gives a contemporary setting to the traditional story of the Search for the Holy Grail. Examining the distinction between magic and religion, this book graphically portrays a metaphysical journey through the crevices of the human mind.
(6131 views)

The Way of All Flesh
by Samuel Butler - Feedbooks
An autobiographical novel that attacks Victorian hypocrisy as it traces four generations of the Pontifex family. Butler dared not publish it during his lifetime, but when it was published, it was a part of the general revulsion against Victorianism.
(7885 views)