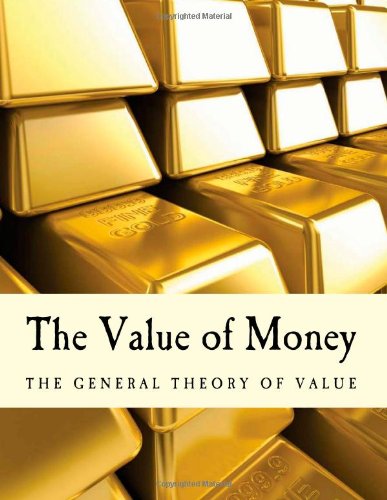 The Value of Money
by Benjamin Anderson

Financial Markets and Economic Activity
by Donald D. Hester, James Tobin - J. Wiley and Sons
The subjects of this monograph concern the conditions of equilibrium in economy-wide financial markets. The authors investigate the consequences of various institutions and regulations for the effectiveness of monetary control.
(8069 views)

Price Stability: Why Is It Important for You?
by Dieter Gerdesmeier - European Central Bank,
The Treaty establishing the EU has given the Eurosystem the mandate to maintain price stability. This is a book on the importance of price stability, how it can be best achieved and how price stability supports sustainable economic growth in the EU.
(13683 views)

The Tragedy of the Euro
by Philipp Bagus - Ludwig von Mises Institute
Professor Bagus explains the background to the idea of European unity and its heritage of sound money. He explains that the Euro is not what the older liberals had hoped for but instead is a politically managed money that is destined for failure.
(6955 views)

The Case Against the Fed
by Murray N. Rothbard - Ludwig Von Mises Institute
The author presents the most powerful case against the American central bank ever written. This work begins with a mini-treatment of money and banking theory, and then plunges right in with the real history of the Federal Reserve System.
(14400 views)