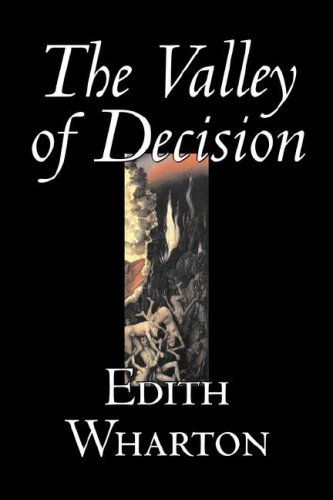 The Valley of Decision
by Edith Wharton

Description:
For her first novel, The Valley of Decision, a historical romance set in Italy, Edith Wharton chose as her model Stendhal's The Charterhouse of Parma. She was determined that it be both highly literary and commercially viable. When it appeared in 1902, it sold 25,000 copies in six months and established her career as a writer of fiction.

Summer
by Edith Wharton - D. Appleton
As a summer full of romance draws to a close, a young woman discovers the heartbreak that autumn ushers in. 'Summer' by Edith Wharton was published in 1917. The novel experienced a surge in popularity after the author's death, in the 1960s.
(3232 views)

Sanctuary
by Edith Wharton - Charles Schribner's Sons
This is the story of Kate Orme, who marries a man of weak moral character. When they have a child, she fears that the sins of the father will be the sins of their son. Kate dedicates herself to instilling morality in the boy as he grows ...
(3766 views)

The Touchstone
by Edith Wharton - Scribner
The Touchstone is a tale of money and moral compromise, and foreshadows some of the best novels of Edith Wharton. Stephen Glennard has one valuable possession: the letters written to him by the eminent and now-deceased author Margaret Aubyn...
(3096 views)

The Triumph of Night
by Edith Wharton - Charles Scribner's Sons
The shivering young traveller from Boston, who had counted on jumping into it when he left the train at Northridge Junction, found himself standing alone on the open platform, exposed to the full assault of night-fall and winter...
(2790 views)