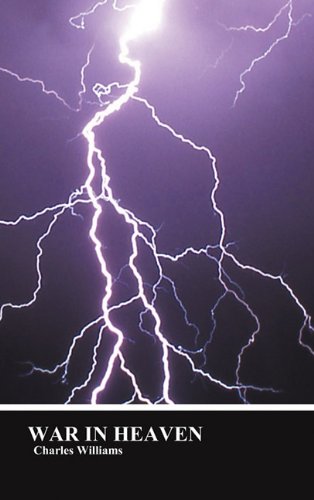 War in Heaven
by Charles Williams

Description:
Williams gives a contemporary setting to the traditional story of the Search for the Holy Grail. Examining the distinction between magic and religion, War in Heaven is an eerily disturbing book, one that graphically portrays a metaphysical journey through the shadowy crevices of the human mind.

A Sicilian Romance
by Ann Radcliffe - Longman
On the northern shores of Sicily stands a lonely castle, the home of an aristocratic family. The marquis of Mazzini has remarried and gone away to live with his new wife, abandoning his two daughters to wander the labyrinthine corridors alone.
(5995 views)

You Can't Go Home Again
by Thomas Wolfe - Harper & Brothers
A twentieth-century classic, Wolfe's magnificent novel is both the story of a young writer longing to make his mark upon the world and a sweeping portrait of America and Europe from the Great Depression through the years leading up to World War II.
(8614 views)