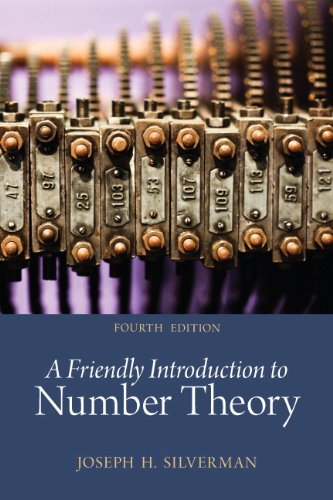 A Friendly Introduction to Number Theory
by Joseph H. Silverman

Description:
An introductory undergraduate text designed to entice non-math majors into learning some mathematics, while at the same time teaching them how to think mathematically. The exposition is informal, with a wealth of numerical examples that are analyzed for patterns and used to make conjectures.

An Introductory Course in Elementary Number Theory
by Wissam Raji - The Saylor Foundation
These are notes for an undergraduate course in number theory. Proofs of basic theorems are presented in an interesting and comprehensive way that can be read and understood even by non-majors. The exercises broaden the understanding of the concepts.
(6094 views)

Theoretic Arithmetic
by Thomas Taylor, A. J. Valpy
The substance of all that has been written on this subject by Nicomachus, Iamblichus, and Boetius, together with some particulars respecting perfect, amicable, and other numbers, which are not to be found in the writings of modern mathematicians.
(10463 views)