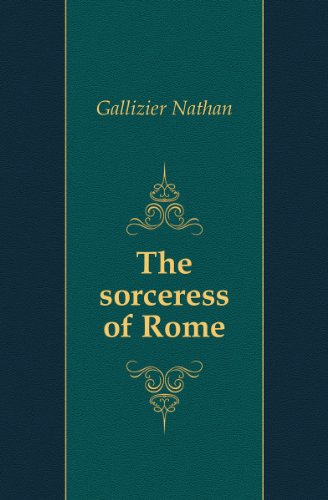 The Sorceress of Rome
by Nathan Gallizier

Description:
The darkness of the tenth century is dissipated by no contemporary historian. Monkish chronicles alone shed a faint light over the discordant chaos of the Italian world. Rome was no longer the capital of the earth. The seat of empire had shifted from the banks of the Tiber to the shores of the Bosporus, and the seven hilled city of Constantine had assumed the imperial purple of the ancient capital of the Caesars.

Barry Blake of the Flying Fortress
by Gaylord Du Bois - Whitman Publishing Company
His pulses pounding with excitement, Barry Blake gazed across the long runways of Boeing Field at his fighting ship. The great Flying Fortress seemed to perch lightly on the ground, despite her twenty-odd tons. Her propellers were turning slowly ...
(6119 views)

Carry On! A Story Of The Fight For Bagdad
by Herbert Strang - Oxford University Press
Mesopotamia has been brought by Time's revolution once more into the foreground of the history of the world. The plains where the Arabs reared a civilization of their own, have become once more the battle-ground of opposing armies.
(6082 views)

School of Athens
by Archer McCormick - Smashwords
The grisly killing of an elderly school master is only the beginning of plot by a shadowy gang of thinkers to systematically murder off a rival group of rogue philosophers in this tale of power, lust, treachery, war and murder!
(7681 views)

Manituana
by Wu Ming - Verso
1775 -- The conflict between the British Empire and the American colonies erupts in all-out war. Rebels and loyalists to the British Crown compete for an alliance with the Six Nations of the Iroquois, the most powerful Indian confederation...
(5207 views)