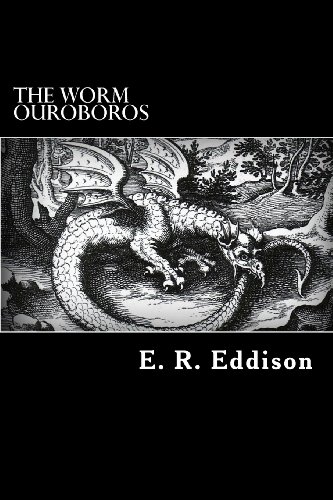 Description:
The Worm Ouroboros is a heroic high fantasy novel by Eric Ruecker Eddison, first published in 1922. The book describes the protracted war between the domineering King Gorice of Witchland and the Lords of Demonland in an imaginary world that appears mainly medieval and partly reminiscent of Norse sagas.

Moonchild
by Aleister Crowley - Feedbooks
Lisa is seduced by a white magician and persuaded into helping him in a magical battle with a black magician. The magician is attempting to raise the level of his force by impregnating the girl with the soul of an ethereal being -- the moonchild.
(9263 views)

The Soma Tantra
by Obsidian Eagle - obsidianeagle.com
The book for lovers of fantasy fiction, Hindu philosophy and progressive spirituality. On the surface it appears as a romantic flight of fancy, but being influenced by many different Hindu scriptures, it promises a grand tour of the Indic cosmos.
(6139 views)

Deserted Cities of the Heart
by Lewis Shiner - Subterranean Press
An anthropologist and his alienated brother reunite in Mexico to reenact an ancient Mayan myth of the end of the world in this surrealistic fantasy by the author of Frontera. Shiner captures the complexities of both modern and ancient reality.
(5963 views)