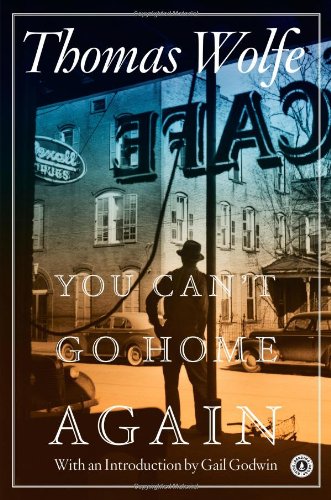 Description:
A twentieth-century classic, Thomas Wolfe's magnificent novel is both the story of a young writer longing to make his mark upon the world and a sweeping portrait of America and Europe from the Great Depression through the years leading up to World War II.

The Demi-gods
by James Stephens - The Macmillan company
A group of ancient heroes in the form of winged angels show up one night in the camp of wandering Mac Canns. The little group wanders around rural Ireland: telling stories, creating mischief and running into some familiar yet often unwelcome faces.
(5825 views)

The Web of Life
by Robert Herrick - ManyBooks
A realistic, and to a great extent, a philosophic study of modern American life: the scene is Chicago, and the writer gives searching views of society there. Robert Welch Herrick was a novelist who was part of a new generation of American realists.
(5461 views)

Sartor Resartus
by Thomas Carlyle
An introduction to a strange history of clothing by the German Professor of Things in General, Diogenes Teufelsdrockh; its deeper concerns are social injustice, the right way of living in the world, and large questions of faith and understanding.
(7137 views)

The Isle of Unrest
by Henry Seton Merriman - Smith, Elder & Co.
The afternoon sun was lowering towards a heavy bank of clouds hanging still over the Mediterranean. A mistral was blowing. The last rays shone fiercely upon the towering coast of Corsica, and the windows of the village of Olmeta glittered like gold.
(5369 views)