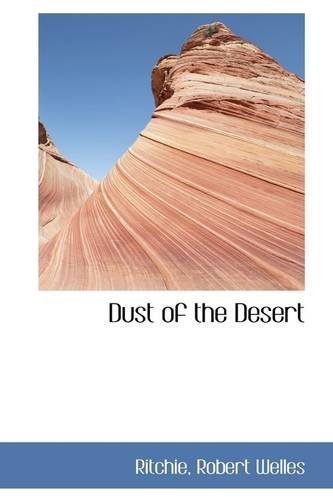 Dust of the Desert
by Robert Welles Ritchie

Description:
Full story of the Lost Mission de los Cuatros Evangelistas: how the baleful spell of its green pearls of the Virgin worked upon the fortunes of the House of O'Donoju and how the last of that house wrought expiation for the sin of a forbear through heroism and the fire of a great love.

Gold
by Stewart Edward White - Doubleday, Page & Company
I decided to join the gold rush to California in the year 1849. It was in the air; and I was then of a romantic and adventurous disposition. The land was infinitely remote; and then, as now, romance increases as the square of the distance.
(7534 views)

The Rider of Golden Bar
by William Patterson White - ManyBooks
Spirited story, full of action, which should please readers of western fiction. The hero, who is elected sheriff on the supposition that he is lazy and easy-going, proves an unpleasant surprise to the corrupt ring that had supported him.
(7806 views)

The Riverman
by Stewart Edward White - ManyBooks
This novel is a rugged adventure from a time when men had to work for a living. The story of a man's fight against a river and of a struggle between honesty and grit on the one side, and dishonesty and shrewdness on the other.
(5608 views)

I Conquered
by Harold Titus - ManyBooks
A young man gets on the train for as far as the cash in his wallet will take him, the small cowboy town of Colt, Colorado. What follows is a recovery Western in which the young man becomes a ranch hand and arduously gets himself back together.
(6609 views)