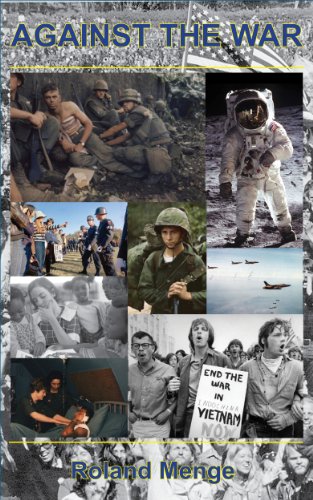 Against the War
by Roland Menge

Description:
Against the War is a historical novel examining the response of the Vietnam war generation to the Vietnam war and the effect of the war on American society. The book provides an intellectual and cultural history of the early counterculture and a view of the war from the perspective of those who because of the military draft were forced to react to it and who in some cases were forced or chose to risk their lives in it.

Lords of the World
by Alfred John Church - Blackie & Son ltd.
The year 146 B.C. was an annus mirabilis in the development of Roman dominion. I have attempted in this story to group some picturesque incidents round the person of a young Greek who struggles in vain to resist the destiny of the conquering race.
(5883 views)

Time Management for Mercenaries
by Dai Alanye
A mismatched team is recruited for primitive military action in a third world country. It is eventually revealed that they will, in fact, be journeying to the past. They run into many difficulties both before and after reaching their destination.
(8406 views)

The Pirates Own Book
by Charles Ellms
Rare volume, based on actual documents, recounts in lurid detail the life, atrocities and bloody death of the infamous Black Beard as well as the cold-blooded exploits of Jean Lafitte, Robert Kidd, Edward Low and scores of other maritime marauders.
(8008 views)