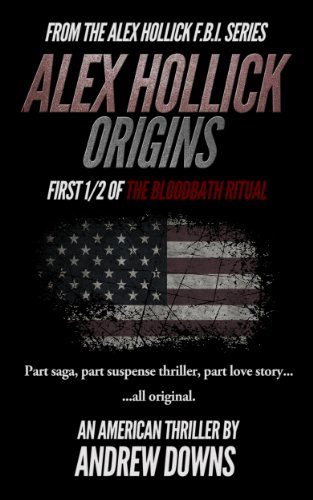 Description:
In 1985, a young field agent enters a dark underworld of the FBI, where he must participate in the cover-up of a fellow agent's corruption while protecting the woman of his dreams from the consequences. The Alex Hollick F.B.I. Series takes readers into an underworld of secretive government agendas and a troubled young agent caught between love, morality and survival.

The Riddle of the Sands
by Erskine Childers
A seminal work of spy fiction first published in 1903, when it caused a sensation in Britain. It is a vivid account of German preparations to invade England, released at a time when tensions between the countries were rising.
(8706 views)

Sharing Her Crime
by May Agnes Fleming - G. W. Carleton & Co.
Another of Fleming's convoluted romances, full of dark murders, evil plots, dire prophecies and exaggerated characters. The novel centers on the tempestuous Gipsy Gower, who runs roughshod over the inhabitants of the village of St. Mark's.
(6802 views)

A Passing Curse
by C. R. Trolson
Homicide detective Reese Tarrant leaves the LAPD under a cloud of suspicion that he murdered serial killer Richard Lamb, dubbed by the media as the Anaheim Vampire for draining the blood from 13 women. Reese drives up the coast to Santa Marina ...
(5526 views)

Blood Is Heavier
by Ella Medler
Nick Hunter used to be a contract killer. Shadows from his past step forward to shatter his short-lived peace and destroy his family. His wife is dead, his four-year old son kidnapped and it looks like someone is trying to frame him for murder ...
(6832 views)