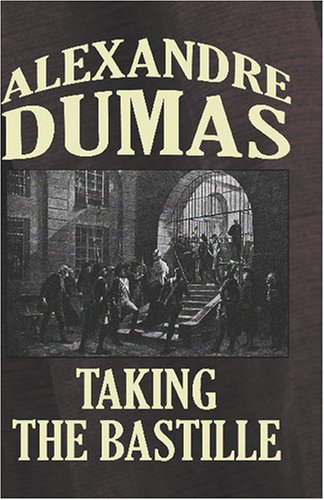 Taking the Bastile
by Alexander Dumas

Description:
Taking the Bastile is the fourth in Dumas' six book series retelling the French Revolution. The book retells the events leading up to and including the storming of the Bastile through the POV of Ange Pitou a young orphan from the countryside and his comrade in arms the farmer Billot...

Ten Years Later
by Alexandre Dumas - P.F. Collier
Ten Years Later is the third and last of the d'Artagnan Romances, following The Three Musketeers and Twenty Years After. The principal heroes of the novel are the musketeers. The narrative of this novel is set between 1660 and 1673.
(2143 views)

The Man in the Iron Mask
by Alexandre Dumas - ManyBooks
A mysterious prisoner wearing an iron mask languishes deep within the Bastille. D'Artagnan and the Musketeers find themselves tangled in a web of intrigue when suspicions about the prisoner's identity begin to emerge. A gripping adventure novel.
(6484 views)

The Vicomte de Bragelonne
by Alexandre Dumas - Peter Fenelon Collier
It is May 1660 and the fate of nations is at stake. Mazarin plots, Louis XIV is in love, and Raoul de Bragelonne is intent on serving France and winning the heart of Louise de la Valliere. D'Artagnan is perplexed by a mysterious stranger ...
(1517 views)