The Future of Money in the Information Age
by James A. Dorn (ed.) - Cato Institute , 1997
The essays in this book consider the implications of the information revolution for financial innovation and the future of money; the regulatory climate; the impact of e-money on taxation and monetary policy; the problem of maintaining privacy; etc.
(4868 views)

Money Market: An Introduction
by AP Faure - Bookboon , 2013
Money market has traditionally been defined as the market for short-term marketable debt instruments, such as commercial paper and treasury bills. It is more than this. It embraces all short-term lending and borrowing, marketable and non-marketable.
(6835 views)

Fundamentals of Monetary Policy in the Euro Area
by Dieter Gerdesmeier - Bookboon , 2013
This book attempts to inform the reader about the analytical background and institutional setting of euro area monetary policy. The theory and practice of monetary policy are explained in detail and illustrated by a number of real world examples.
(8650 views)

The Tragedy of the Euro
by Philipp Bagus - Ludwig von Mises Institute , 2012
Professor Bagus explains the background to the idea of European unity and its heritage of sound money. He explains that the Euro is not what the older liberals had hoped for but instead is a politically managed money that is destined for failure.
(7127 views)

Gold, Peace, and Prosperity
by Ron Paul - Ludwig von Mises Institute , 2011
Ron Paul explains why sound money means a new gold standard. The monograph is written in the clearest possible terms with the goal of explaining the basics of paper money and its effects of inflation, business cycles, and government growth.
(6471 views)

Risk Aversion and Portfolio Choice
by Donald D. Hester, James Tobin - John Wiley & Sons , 1967
The seven essays in the monograph 'Risk Aversion and Portfolio Choice' have both normative applications, as pieces of advice to investors, and positive implications, as descriptions of the economy. They are partly theoretical and partly empirical.
(8101 views)

Financial Markets and Economic Activity
by Donald D. Hester, James Tobin - J. Wiley and Sons , 1967
The subjects of this monograph concern the conditions of equilibrium in economy-wide financial markets. The authors investigate the consequences of various institutions and regulations for the effectiveness of monetary control.
(8227 views)

Silver Money
by Dickson H. Leavens - The Principia Press , 1939
The silver question is an important and controversial one. The purpose of this book is to present in one volume the background and principal developments in the use of silver as money since the beginning of the nineteenth century.
(8609 views)

Money, Sound and Unsound
by Joseph T. Salerno - Ludwig von Mises Institute , 2010
Salerno uses the Mises/Rothbard theory of money to reinterpret historical episodes, reevaluate the history of thought, closely examine the Federal Reserve policy, and clarify the relationship between the state and the central bank.
(9081 views)

Price Stability: Why Is It Important for You?
by Dieter Gerdesmeier - European Central Bank, , 2009
The Treaty establishing the EU has given the Eurosystem the mandate to maintain price stability. This is a book on the importance of price stability, how it can be best achieved and how price stability supports sustainable economic growth in the EU.
(13866 views)

Creating New Money
by Joseph Huber, James Robertson - New Economics Foundation , 2000
In the information age, money has mainly become information, electronically stored and transmitted. The authors propose a simple reform of monetary policies, and spell out its practicalities step-by-step. The arguments for it are very strong.
(13260 views)

The Ethics of Money Production
by Jorg Guido Hulsmann - Ludwig von Mises Institute , 2008
This pioneering work is the first full study of a critically important issue today: the ethics of money production. The thesis is that a government monopoly on money production and management has no ethical or economic grounding at all.
(10757 views)

The Case Against the Fed
by Murray N. Rothbard - Ludwig Von Mises Institute , 2007
The author presents the most powerful case against the American central bank ever written. This work begins with a mini-treatment of money and banking theory, and then plunges right in with the real history of the Federal Reserve System.
(14622 views)

Money and Man: A Survey of Monetary Experience
by Elgin Groseclose - University of Oklahoma Press , 1977
A survey of the history of money. This book makes abundantly clear that what we are experiencing today is the exact same situation that has been inflicted over and over again throughout history on the most advanced and powerful civilizations.
(10453 views)

The Causes of the Economic Crisis
by Ludwig von Mises - Ludwig von Mises Institute , 2006
The author presents his business cycle theory, applies it to the prevailing conditions, and discusses the policies that governments undertake that make recessions worse. He recommends a monetary reform that would provide a sustainable prosperity.
(14942 views)

Modern Money Mechanics
- Federal Reserve , 2008
This booklet describes the basic process of money creation in a fractional reserve banking system. The approach taken illustrates the changes in bank balance sheets that occur when deposits in banks change as a result of monetary action.
(19040 views)

What Has Government Done to Our Money?
by Murray N. Rothbard - Ludwig von Mises Institute , 2005
Rothbard's famous monetary essay has influenced two generations of economists and business professionals. After presenting the basics of money and banking theory, the author traces the decline of the dollar from the 18th century to the present.
(16395 views)

The Case for Gold
by Ron Paul - Ludwig von Mises Institute , 2007
The book covers the history of gold in the US, explains that its breakdown was caused by governments, and explains the merit of having sound money: prices reflect market realities, government stays in check, and the people retain their freedom.
(14751 views)

Denationalisation of Money
by F. A. Hayek - Coronet Books , 1990
The author argues that the government monopoly of money must be abolished to stop recurring periods of inflation and deflation. Abolition is also the cure for the recurring waves of unemployment and depression attributed to 'capitalism'.
(11630 views)

The Theory of Money and Credit
by Ludwig von Mises - Yale University Press , 1953
Mises shows how money had its origin in the market, and how its value is based on its usefulness as a commodity in exchange. Mises presents the case for sound money with no inflation, and presents the beginnings of a full-scale business cycle theory.
(14938 views)

Money, Bank Credit, and Economic Cycles
by Jesús Huerta de Soto - Ludwig von Mises Institute , 2006
Author has made history with this exciting treatise that the market can fully manage the money and banking sector, without inflation, without business cycles, and without the economic instability that has characterized the age of government control.
(16849 views)

The Inflation Crisis, and How to Resolve It
by Henry Hazlitt - Arlington House , 1978
The author attempted to analyze thoroughly and in depth nearly a score of major problems raised by inflation and chronic fallacies that are in large part responsible for its continuance. Henry Hazlitt is the author of numerous books in economics.
(17382 views) 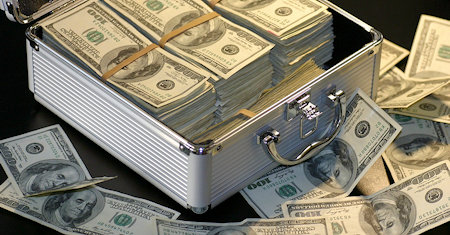