Elements of Programming
by Alexander Stepanov, Paul McJones - Semigroup Press , 2019
This book applies the deductive method to programming by affiliating programs with the abstract mathematical theories. Specification of these theories, algorithms and theorems and lemmas describing their properties are presented together.
(2212 views)

The Design and Implementation of Probabilistic Programming Languages
by Noah D. Goodman, Andreas Stuhlmüller - dippl.org , 2016
This book explains how to implement PPLs by lightweight embedding into a host language. We illustrate this by designing WebPPL, a small PPL embedded in Javascript. We show how to implement several algorithms for universal probabilistic inference.
(3287 views)

Concrete Semantics: With Isabelle/HOL
by Tobias Nipkow, Gerwin Klein - Springer , 2016
The book teaches the reader the art of precise logical reasoning and the practical use of a proof assistant as a tool for formal proofs about computer science artefacts. All the mathematics is formalised in Isabelle and much of it is executable.
(3931 views)

Programming Languages: Theory and Practice
by Robert Harper - Carnegie Mellon University , 2005
What follows is a working draft of a planned book that seeks to strike a careful balance between developing the theoretical foundations of programming languages and explaining the pragmatic issues involved in their design and implementation.
(8408 views)

Semantics of Programming Languages
by Andrew M. Pitts - University of Cambridge , 2002
These notes introduce the structural, operational approach to programming language semantics. The course shows how to specify the meaning of some simple programming language constructs and to reason formally about semantic properties of programs.
(5673 views)

Semantics: Advances in Theories and Mathematical Models
by Muhammad Tanvir Afzal (ed.) - InTech , 2012
The book is a blend of a number of great ideas, theories, mathematical models, and practical systems in the domain of Semantics. Topics include: Background; Queries, Predicates, and Semantic Cache; Algorithms and Logic Programming; etc.
(6609 views)

Exploring Programming Language Architecture in Perl
by Bill Hails , 2010
This book presents an informal and friendly introduction to some of the core ideas in modern computer science, using the programming language Perl as its vehicle. The book takes the form of a series of working interpreters for the language PScheme.
(12687 views)

Formal Languages
by Keijo Ruohonen - Tampere University of Technology , 2009
In these notes the classical Chomskian formal language theory is fairly fully dealt with, omitting however much of automata constructs and computability issues. Surveys of Lindenmayer system theory and the mathematical theory of codes are given.
(5784 views)

The Z Notation: A Reference Manual
by J. M. Spivey - Prentice Hall , 1992
The standard Z notation for specifying and designing software has evolved over the best part of a decade. This an informal but rigorous reference manual is written with the everyday needs of readers and writers of Z specifications in mind.
(8717 views)

Let Over Lambda: 50 Years of Lisp
by Doug Hoyte - Lulu.com , 2008
One of the most hardcore computer programming books out there. Starting with the fundamentals, it describes the most advanced features of the most advanced language: Common Lisp. This book is about macros, that is programs that write programs.
(17115 views)

Proofs and Types
by J. Girard, Y. Lafont, P. Taylor - Cambridge University Press , 1989
This little book comes from a short graduate course on typed lambda-calculus given at the Universite Paris. It is not intended to be encyclopedic and the selection of topics was really quite haphazard. Some very basic knowledge of logic is needed.
(13939 views)

Formal Syntax and Semantics of Programming Languages
by Kenneth Slonneger, Barry L. Kurtz - Addison Wesley Longman , 1994
The book presents the typically difficult subject of formal methods in an informal, easy-to-follow manner. Readers with a basic grounding in discreet mathematics will be able to understand the practical applications of these difficult concepts.
(12653 views)

Computational Category Theory
by D.E. Rydeheard, R.M. Burstall , 2001
The book is a bridge-building exercise between computer programming and category theory. Basic constructions of category theory are expressed as computer programs. It is a first attempt at connecting the abstract mathematics with concrete programs.
(15685 views)

Practical Foundations for Programming Languages
by Robert Harper - Carnegie Mellon University , 2016
This is a book on the foundations of programming languages. The emphasis is on the concept of type, which organizes the computational universe in the same way that the concept of set may be seen as an organizing principle for mathematics.
(13621 views)

Semantics With Applications: A Formal Introduction
by Hanne Riis Nielson, Flemming Nielson - John Wiley & Sons , 1992
The book covers the foundations of structural operational semantics and natural semantics. It shows how to describe the semantics of declarative as well as imperative language constructs and will also touch upon non-sequential constructs.
(10322 views)

Reasoned Programming
by Krysia Broda et al - Prentice Hall Trade , 1994
The text for advanced undergraduate/graduate students of computer science. It introduces functional, imperative and logic programming and explains how to do it correctly. Functional programming is presented as a programming language in its own right.
(9915 views)

A Practical Theory of Programming
by Eric C.R. Hehner - Springer , 2006
Understanding programming languages requires knowledge of the underlying theoretical model. This book explores aspects of programming that are amenable to mathematical proof. It describes a simple and comprehensive theory.
(11378 views)

Programming Languages: Application and Interpretation
by Shriram Krishnamurthi - Lulu.com , 2007
The textbook for a programming languages course, taken primarily by advanced undergraduate and beginning graduate students. This book assumes that students have modest mathematical maturity, and are familiar with the existence of the Halting Problem.
(9798 views)

Structure and Interpretation of Computer Programs
by Harold Abelson, Gerald Jay Sussman, Julie Sussman - McGraw-Hill , 1996
The book teaches how to program by employing the tools of abstraction and modularity. The central philosophy is that programming is the task of breaking large problems into small ones. You will learn how to program and how to think about programming.
(14643 views) 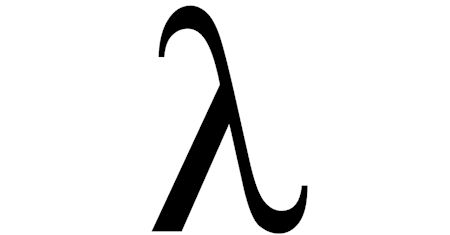