Distributed Systems for Fun and Profit
by Mikito Takada - mixu.net , 2013
This text provides a more accessible introduction to distributed systems. The book brings together the ideas behind many of the more recent distributed systems - such as Amazon's Dynamo, Google's BigTable and MapReduce, Apache's Hadoop and so on.
(9959 views)

Programming on Parallel Machines
by Norm Matloff - University of California, Davis , 2012
This book is aimed more on the practical end of things, real code is featured throughout. The emphasis is on clarity of the techniques and languages used. It is assumed that the student is reasonably adept in programming and linear algebra.
(7763 views)

Petri Nets: Manufacturing and Computer Science
by Pawel Pawlewski (ed.) - InTech , 2012
The present monograph focuses on Petri Nets applications in two main areas: manufacturing and computer science. The theory of Petri Nets is still developing: some directions of investigations are presented in this volume.
(8365 views)

Parallel Complexity Theory
by Ian Parberry - Prentice Hall , 1987
The rapid growth of parallel complexity theory has led to a proliferation of parallel machine models. This book presents a unified theory of parallel computation based on a network model. It is the first such synthesis in book form.
(8334 views)

Is Parallel Programming Hard, And, If So, What Can You Do About It?
by Paul E. McKenney , 2011
The purpose of this book is to help you understand how to program shared-memory parallel machines. By describing the algorithms that have worked well in the past, we hope to help you avoid some of the pitfalls that have beset parallel projects.
(12690 views)

How to Write Parallel Programs: A First Course
by Nicholas Carriero, David Gelernter - MIT Press , 1992
In the near future every programmer will need to understand parallelism, a powerful way to run programs fast. The authors of this straightforward tutorial provide the instruction that will transform ordinary programmers into parallel programmers.
(8612 views)

Parallel and Distributed Computation: Numerical Methods
by Dimitri P. Bertsekas, John Tsitsiklis - Athena Scientific , 2003
This is a comprehensive and theoretically sound treatment of parallel and distributed numerical methods. It focuses on algorithms that are naturally suited for massive parallelization, and it explores the issues associated with such algorithms.
(10239 views)

A Framework for Enabling Distributed Applications on the Internet
by Mark Anthony McLaughlin - arXiv , 2006
Internet distributed applications (IDAs) are internet applications with which many users interact simultaneously. In this paper the author provides a basis for a framework that combines IDAs collectively within a single context.
(7854 views)

Introduction to Parallel Computing
by Blaise Barney - Lawrence Livermore National Laboratory , 2010
This tutorial covers the very basics of parallel computing, and is intended for someone who is just becoming acquainted with the subject. It begins with a brief overview, including concepts and terminology associated with parallel computing.
(11548 views)

Parallel Computing: Architectures, Algorithms and Applications
by C. Bischof, at al. - John von Neumann Institute for Computing , 2007
The book gives an overview of the developments, applications and future trends in high performance computing for all platforms. It addresses all aspects of parallel computing, including applications, hardware and software technologies.
(9343 views)

Parallel Programming with Microsoft .NET
by Colin Campbell, Ralph Johnson, Stephen Toub - Microsoft Press , 2010
A book that introduces .NET programmers to patterns for including parallelism in their applications. Examples of these patterns are parallel loops, parallel tasks and data aggregation with map-reduce. Each pattern has its own chapter.
(13103 views)

The Practice of Parallel Programming
by Sergey A. Babkin - CreateSpace , 2010
This book provides an advanced guide to the issues of the parallel and multithreaded programming. It goes beyond the high-level design of the applications, into the details that are often overlooked but vital to make the programs work.
(19128 views)

PVM: Parallel Virtual Machine
by Al Geist, at al. - The MIT Press , 1994
Written by the team that developed the software, this tutorial is the definitive resource for scientists, engineers, and other computer users who want to use PVM to increase the flexibility and power of their high-performance computing resources.
(10831 views)

Concurrent Programming in Erlang
by Robert Virding, Claes Wikstrom, Mike Williams - Prentice Hall PTR , 1996
A tutorial of Erlang, a concurrent, functional programming language. The emphasis of this book is on learning through example and a number of well known problems in designing and programming concurrent fault-tolerant real-time systems.
(18207 views)

Designing and Building Parallel Programs
by Ian Foster - Addison Wesley , 1995
Introduction to parallel programming and a guide for developing programs for parallel and distributed systems. Programs are developed in a methodical fashion and both cost and performance are considered at each stage in a design.
(14788 views) 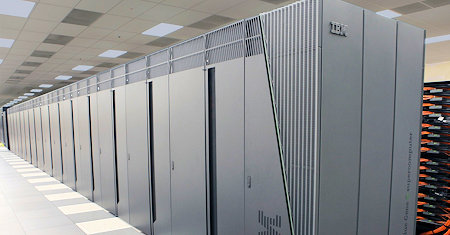