Mathematics and Computation
by Avi Wigderson - Princeton University Press , 2019
The book provides a broad, conceptual overview of computational complexity theory -- the mathematical study of efficient computation. It is useful for undergraduate and graduate students in mathematics, computer science, and related fields.
(1168 views)

Communication Complexity (for Algorithm Designers)
by Tim Roughgarden - Stanford University , 2015
The two biggest goals of the course are: 1. Learn several canonical problems that have proved the most useful for proving lower bounds; 2. Learn how to reduce lower bounds for fundamental algorithmic problems to communication complexity lower bounds.
(4900 views)

Computability and Complexity
- Wikibooks , 2010
This book is intended as an introductory textbook in Computability Theory and Complexity Theory, with an emphasis on Formal Languages. Its target audience is CS and Math students with some background in programming and data structures.
(7610 views)

P, NP, and NP-Completeness: The Basics of Complexity Theory
by Oded Goldreich - Cambridge University Press , 2010
The main focus of the current book is on the P-vs-NP Question and the theory of NP-completeness. Additional topics that are covered include the treatment of the general notion of a reduction between computational problems.
(8078 views)

Think Complexity: Complexity Science and Computational Modeling
by Allen B. Downey - Green Tea Press , 2012
This book is about complexity science, data structures and algorithms, intermediate programming in Python, and the philosophy of science. The book focuses on discrete models, which include graphs, cellular automata, and agent-based models.
(8102 views)

Parallel Complexity Theory
by Ian Parberry - Prentice Hall , 1987
The rapid growth of parallel complexity theory has led to a proliferation of parallel machine models. This book presents a unified theory of parallel computation based on a network model. It is the first such synthesis in book form.
(8162 views)

Measure-Preserving Systems
by Karl Petersen - University of North Carolina , 2008
These notes provide an introduction to the subject of measure-preserving dynamical systems, discussing the dynamical viewpoint; how and from where measure-preserving systems arise; the construction of measures and invariant measures; etc.
(9610 views)

Specifying Systems
by Leslie Lamport - Addison-Wesley Professional , 2002
This book shows how to write unambiguous specifications of complex computer systems. It provides a complete reference manual for the TLA+, the language developed by the author for writing simple and elegant specifications of algorithms and protocols.
(13960 views)

Foundations of Cryptography
by Oded Goldreich - Cambridge University Press , 2007
The book gives the mathematical underpinnings for cryptography; this includes one-way functions, pseudorandom generators, and zero-knowledge proofs. Throughout, definitions are complete and detailed; proofs are rigorous and given in full.
(15200 views)

Computational Complexity: A Conceptual Perspective
by Oded Goldreich - Cambridge University Press , 2008
This book offers a comprehensive perspective to modern topics in complexity theory. It can be used as an introduction as either a textbook or for self-study, or to experts, since it provides expositions of the various sub-areas of complexity theory.
(10416 views)

From Complexity to Creativity
by Ben Goertzel - Plenum Press , 1996
This text applies the concepts of complexity science to provide an explanation of all aspects of human creativity. The book describes the model that integrates ideas from computer science, mathematics, neurobiology, philosophy, and psychology.
(14151 views)

Introduction to Complexity Theory
by Oded Goldreich , 1999
Complexity theory is the study of the intrinsic complexity of computational tasks. The book is aimed at exposing the students to the basic results and research directions in the field. The focus was on concepts, complex technical proofs were avoided.
(9513 views)

Complexity Theory
by Johan Håstad , 2008
This set of notes gives the broad picture of modern complexity theory, defines the basic complexity classes, gives some examples of each complexity class and proves the most standard relations. The author emphasizes the ideas involved in the proofs.
(14914 views)

Algorithms and Complexity
by Herbert S. Wilf - AK Peters, Ltd. , 1994
An introductory textbook on the design and analysis of algorithms. Recursive algorithms are illustrated by Quicksort, FFT, and fast matrix multiplications. Algorithms in number theory are discussed with some applications to public key encryption.
(19194 views) 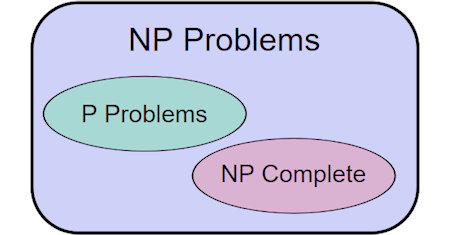