The Second Funeral of Napoleon
by William Makepeace Thackeray - John W. Lovell Co. , 1883
Thackeray is an English author and wit, one of the most distinguished advocates of the 19th-century realistic novel. Contents: On the Disinterment of Napoleon at St. Helena; On the Voyage from St. Helena to Paris; On the Funeral Ceremony.
(5015 views)

Roundabout Papers
by William Makepeace Thackeray - Clark & Maynard , 1884
'I had occasion to pass a week in the autumn in the little old town of Coire or Chur, in the Grisons, where lies buried that very ancient British king, saint, and martyr, Lucius, who founded the Church of St. Peter, on Cornhill.'
(7258 views)

The Rose and the Ring
by William Makepeace Thackeray , 1854
The Rose and the Ring is one of those special literary treats which happen when a writer for adults turns (in this case) his attention to the world of children. It's a classic fairy tale, told with Thackeray's customary insight into characters.
(8723 views)

The Paris Sketch Book
by William Makepeace Thackeray - Estes And Lauriat , 1840
A part of the text of one tale, and the plots of two others, were borrowed from French originals; the other stories, which are true, have been written upon facts and characters that came within the Author's observation during a residence in Paris.
(6184 views)

Vanity Fair
by William Makepeace Thackeray - P. F. Collier & Son , 1917
Vanity Fair is a story of English society back in the early nineteenth century. It is a social satire which exposes the corruption and greed in England during the Napoleonic wars. Thackeray describes the changing fortunes of two unforgettable women.
(13646 views) 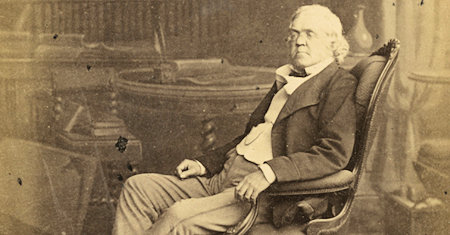