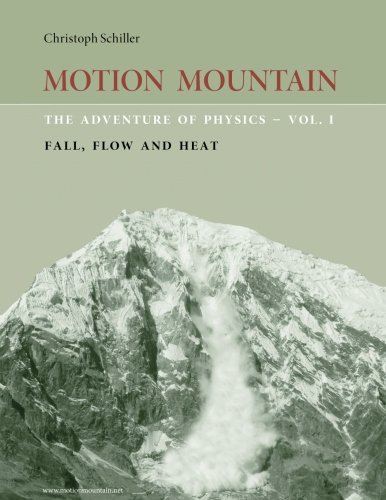 Description:
How do objects and images move? What is motion? How does a rainbow form? Do time machines exist? What is the maximum force value found in nature? Is the universe a set? Which problems in physics are still unsolved? Free physics textbook that tells the story of how it became possible, after 2500 years of exploration, to answer such questions. The book is written for the curious: it is entertaining, surprising and challenging on every page. With little mathematics, starting from observations of everyday life, the text explores the most fascinating parts of mechanics, thermodynamics, special and general relativity, electrodynamics, quantum theory and modern attempts at unification. The essence of these fields is summarized in the most simple terms.

Preparing for College Physics
by David Murdock - TTU
In this booklet I've tried to pick out the bits of your math courses that you will really need to get through your first courses in physics and chemistry. In addition, I give some directions on how to use an inexpensive scientific calculator.
(13843 views)

Physics with Calculus
- Wikibooks
This textbook is designed for use with first- and second-year college level physics for engineers and scientists. While the content is not mathematically complicated or very advanced, the students are expected to be familiar with calculus.
(10757 views)