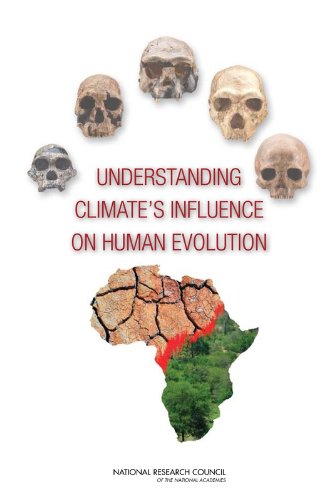 Description:
The hominin fossil record documents a history of critical evolutionary events that have ultimately shaped and defined what it means to be human. This book explores the opportunities of using scientific research to improve our understanding of how climate may have helped shape our species.

The Maya Indians of Southern Yucatan and Northern British Honduras
by Thomas W.F. Gann - Washington, Govt. print. off.
The southern and eastern parts of Yucatan, from Tuluum in the north to the Rio Hondo in the south, are occupied by two tribes of Maya Indians, the Santa Cruz and Icaiche or Chichanha. The number of Santa Cruz was estimated in 1895 at about 8,000.
(3851 views)

The Origin of Man and of his Superstitions
by Carveth Read - University Press
In its first part the book explains a hypothesis that the human race has descended from some ape-like stock by a series of changes which began and, until recently, were maintained by the practice of hunting in pack for animal food.
(14369 views)

Ancient Society
by Lewis Henry Morgan - University of Arizona Press
The author studied the American Indian way of life and collected an enormous amount of factual material on the history of primitive-communal society. He describes how savages, advancing by definite steps, attained the higher condition of barbarism.
(15297 views)

An Introduction to Anthropology
by E.O. James - MacMillan
The progress of scientific research in the department of prehistoric archaeology has been such that there seems to be room for a small volume setting forth the results arrived at by archaeologists in terms that can be understood by ordinary readers.
(11484 views)