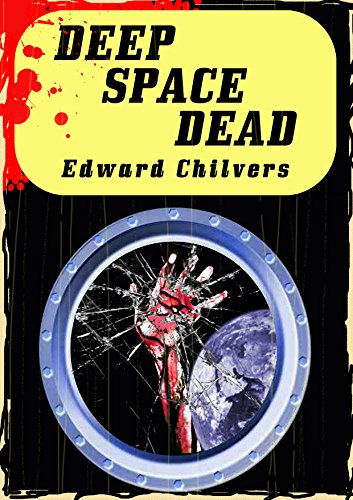 Description:
Many thousands of years into the distant future the human race reigns supreme over the galaxy, its colonial starships travelling vast distances to settle new worlds in the furthest star systems. A group of space colonists are cut off and trapped on a distant planet when they disturb a revenant undead left over from a previous mission ...

The Life, Death and Life of Amelia Hollow
by Edward James Bowman - Smashwords
In the year 2808 AD, eighteen year-old Amelia gets accepted into Starside Academy: the top United Systems of Mel naval academy. She is the first human to ever be accepted into such an elite academy as the human race is looked down upon by the USM.
(5961 views)

Planet of the Damned
by Harry Harrison - Bantam Books
'Planet of the Damned' is classic science fiction and a coming of age story. The hero, Brion, is a young man given his first opportunity to prove his worthiness by trying to save Dis, a horrible planet that seems hell bent on self destruction.
(12599 views)

Binary
by Jay Caselberg - ManyBooks
From Jay Caselberg, an Australian science fiction author, this book tells the story of rival families struggle for supremacy in a binary star system. The characters are described in great detail and the book is very well-written overall.
(9474 views)

Uranium Fist
by Mark Cantrell - ManyBooks
On the colony world of Greyermede, the populace had grown discontented with rule from an aloof and distant Terran overlord. So began the first stirrings that would explode into the most ancient of human dreams. Great science fiction novel.
(13273 views)