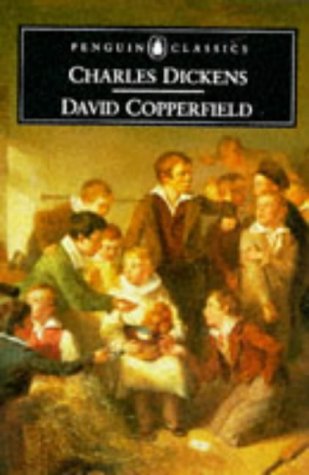 Description:
David Copperfield is the story of a young man's adventures on his journey from an unhappy and impoverished childhood to the discovery of his vocation as a successful novelist. Among the gloriously vivid cast of characters he encounters are his tyrannical stepfather, Mr. Murdstone; his formidable aunt, Betsey Trotwood; the eternally humble yet treacherous Uriah Heep; frivolous, enchanting Dora; and the magnificently impecunious Micawber, one of literature’s great comic creations. In David Copperfield -- the novel he described as his "favorite child" -- Dickens drew revealingly on his own experiences to create one of his most exuberant and enduringly popular works, filled with tragedy and comedy in equal measure.

The Uncommercial Traveller
by Charles Dickens - Charles Scribner's Sons
The work is a collection of literary sketches and reminiscences written by Charles Dickens. They display his wit, humour and occasionally his righteous indignation towards the things that he saw and the hidden aspects of Victorian London.
(5364 views)

The Old Curiosity Shop
by Charles Dickens - Project Gutenberg
Nell is on her way home to the dusty shop where she and her grandfather live a rather mysterious life. The old man disappears every night -- visiting gambling dens with the naive hope of winning a fortune. Instead he sinks deeper into debt.
(8447 views)

Hard Times
by Charles Dickens - Charles Scribner's Sons
Dickens' satire on the Victorian family and the society which sought to turn men into machines. Louisa and Tom Gradgrind have been harshly raised by their father, an educator, to know nothing but the most factual, pragmatic information.
(16670 views)