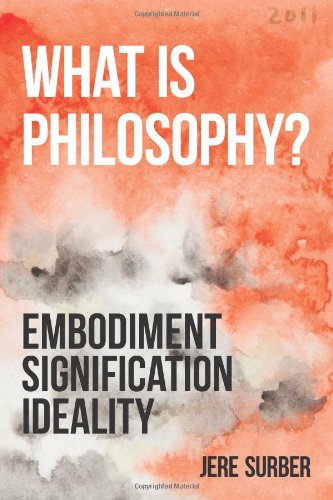 What is Philosophy?: Embodiment, Signification, Ideality
by Jere Surber

The Complete Plato
by Plato - Feedbooks
Plato was a Greek philosopher and mathematician of the Classic Age who founded the Academy of Athens. He has distinguished himself as one of the founders of Western philosophy by recording the teachings of his master and his own philosophies.
(11294 views)

The Science of Right
by Immanuel Kant
The Science of Right has for its object the principles of all the laws which it is possible to promulgate by external legislation. Where there is such a legislation, it becomes, in actual application to it, a system of positive right and law.
(7918 views)

Nature Mysticism
by J. Edward Mercer - George Allen & Co
The subject of this book is Nature Mysticism. The phenomena of nature are to be studied in their mystical aspects. The wide term Mysticism is used because in spite of many misleading associations it is hard to replace.
(12220 views)