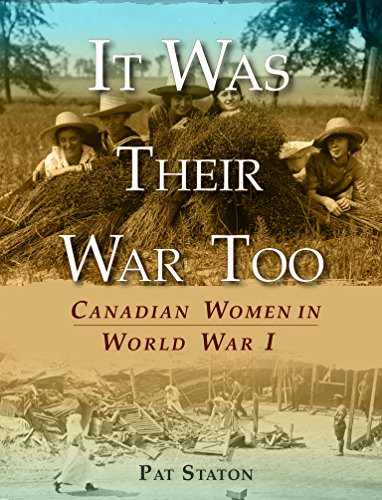 It Was Their War Too: Canadian Women in World War I
by Pat Staton

Description:
The years of World War I, 1914-1918, were years of change for Canada. Canada made a place for itself in world affairs, and the country found its stride. Women in Canada too found their stride, making significant contributions to Canada's war efforts, and becoming fully engaged in the social, economic, political and cultural life of the country.

Horrors and Atrocities of the Great War
by Logan Marshall - L. T. Myers
The sight of all Europe engaged in the most terrific conflict in the history of mankind is a heartrending spectacle. The blood-lust leaders have flung their deluded millions upon unbending lines of steel, martyrs to the glorification of Mars ...
(5249 views)

A history of England and the British Empire
by Arthur D. Innes - The MacMillan Company
This work is intended to appeal to the general reader who finds less than he requires in the books written expressly for the use of schools. It ought to be of service to advanced pupils and their teachers, as well as to university and other students.
(13458 views)